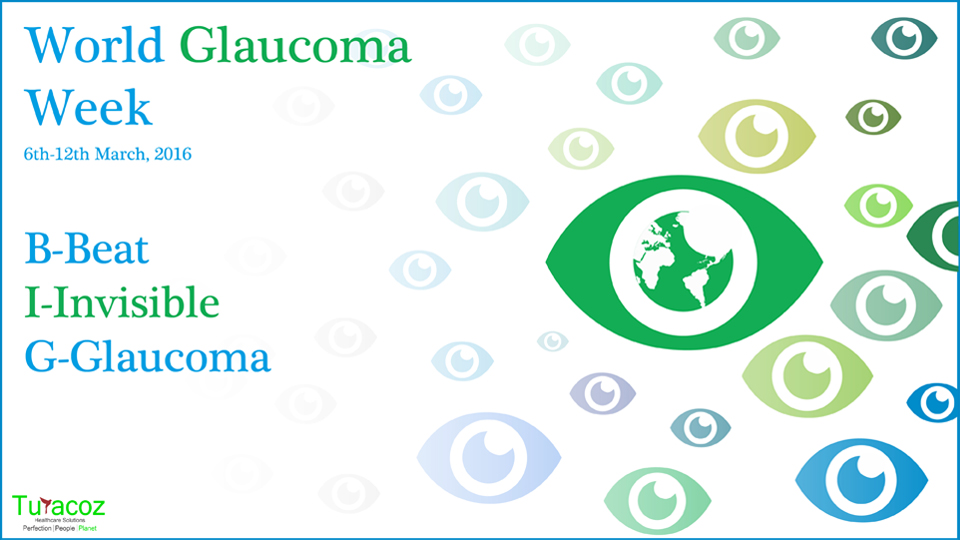 ‘Glaucoma’ is a group of progressive optic neuropathies that damage the optic nerve thereby resulting in degeneration of retinal ganglion cells, vision impairment, and blindness. Though unusually high intraocular pressure is been identified as the most common cause for glaucoma, yet this may not always be the case. The two most prevalent types of glaucoma are primary open-angle glaucoma (diagnosed in 90% of cases) and closed angle glaucoma. The common symptom of open angle glaucoma is a gradual loss of peripheral vison (generally in both eyes) which progresses to having a tunnel vision. Whereas, eye pain, blurred vision, nausea and vomiting, vision issues in low light, halos around light sources and red eyes are the common symptoms of closed angle glaucoma.

What is the Global Burden of Glaucoma?

Worrisome is the fact that most of the time onset of glaucoma (particularly in open angle glaucoma) are asymptomatic and disease go unnoticed by patients and healthcare professionals until it progresses to advance stages. Due to the silent nature of the disease, glaucoma is often labelled as ‘silent thief of sight’. It is worth mentioning that, glaucoma is the second leading cause of blindness globally, after cataract. The silent nature of the disease and rapid progression adds up to the global prevalence of glaucoma. In the year 2010, about 60 million people were found to be affected by glaucoma globally, and it is expected that the toll will rise up to 79 million people worldwide by 2020.

Who is at risk of having Glaucoma?

Even though glaucoma can affect any individual, but the risk increases if the individual is; over 60 years of age, have a family history of glaucoma, African Americans or Mexican American, uses steroids, have diabetes, high blood pressure and hypothyroidism, and other eye conditions.

What are the treatment Options?

Treatment of glaucoma varies according to the type of glaucoma, patient history, and advancement of the condition. Usually, the healthcare professional may prescribe medical interventions like; prostaglandins, beta blockers, carbonic anhydrase inhibitors, cholinergic or miotic agents, and alpha-adrenergic agents to relive intraocular pressure. Surgery is considered as therapeutic options if the drugs are not well-tolerated by the patient or if drugs fail to stop the progression of the disease. In such cases, healthcare professionals opt for surgeries like; trabeculoplasy, viscocanalostomy, and aqueous shunt implant.

What are the Preventive Measures?

Even though glaucoma cannot be prevented, but early screening and management of symptoms do reduces the advancement of disease and chances of having a complication. Proper awareness about the disease increases the chances of glaucoma getting a screening in its earlier stage thereby helping healthcare professionals in the timely management of the condition and preserving eyesight of the patient. Regular eye check-ups are recommended in the high risk group. It is also recommended that an individual should immediately consult a health care professional if anything unusual is observed in vision.

What should be done to Spread Awareness about Glaucoma?

‘Awareness is the first step for prevention’, and spreading awareness about glaucoma is anticipated to considerably lower the global burden of disease and associated blindness. World Glaucoma Week is one such initiative to aware masses about glaucoma.  The World Glaucoma Association (WGA) and the World Glaucoma Patient Association (WGPA) runs a week long awareness campaign to make people aware about the disease. It is recommended that healthcare professionals should involve their glaucoma patients as they organize a screening event in their local institute/hospital, should give a lecture to a patient support group, should participate in radio & TV shows to talk about glaucoma and to answer questions, and should contact newspapers to publish information about glaucoma. Additionally, all the health care professional are also suggested to run public health campaigns, eye checks up camps, and patient education classes for the high risk group. As a member of healthcare industry, we all should actively take up the responsibility to spread awareness about glaucoma in our own way. Remember to be informed is to be safe!