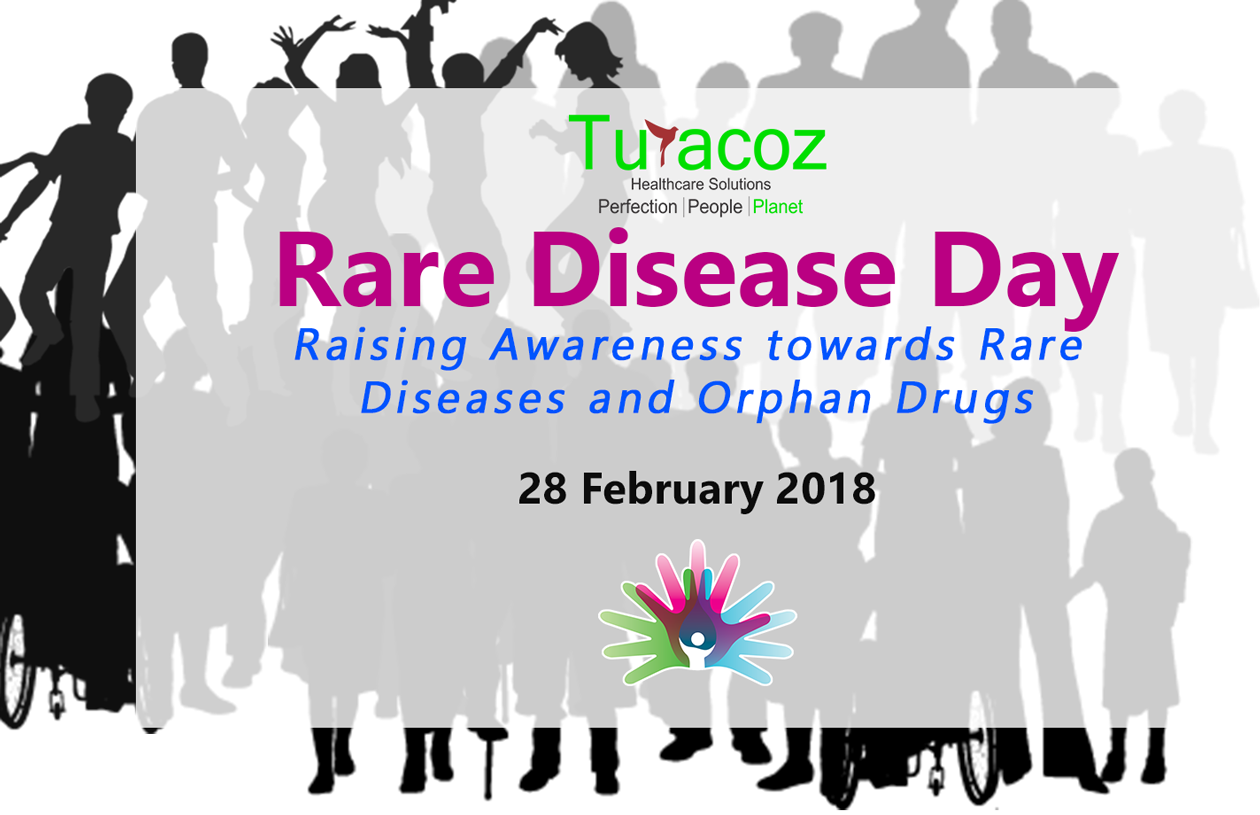 On the 28th of February, rare disease day is celebrated globally every year. This day was established for the first time by EURORDIS (The European Rare Disease Organization) in 2008 to spread awareness amongst the public about rare diseases and their impact on the lives of patients suffering with them. Further, it sought to raise awareness about the challenges faced by these patients, their unmet needs and the importance of research and development in the field. In 2009, NORD [The National Organization for Rare Disorders, United States (US)] supported the initiative by EURORDIS and Rare Disease Day was sponsored in the US by both the organizations in partnership. The concept was then propagated beyond Europe and US to spread awareness around the world.

Rare diseases also called as orphan diseases affect small number of patients. These diseases might cause serious and life threatening or fatal consequences. The designation of disease as rare/ orphan differs from country to country. As per World Health Organization (WHO), a disease affecting 6.5-10 individuals for every 10,000 people is referred to as rare/orphan disease. However, as per European Union (EU), the diseases with prevalence of 5 per 10,000 people are considered as orphan. While, USA designates a disease as rare if it has an incidence lesser than 7.5 individuals per 10,000 of population. As a clear definition of rare diseases in Indian context was not defined, a non-profit organization namely Organization for Rare Diseases in India (ORDI) took the initiative to define them. According to ORDI, a disease with a prevalence of ≤1 per 5000 people may be referred to as a rare/orphan disease. The estimated prevalence of rare diseases in South Asian countries according to Foundation for research on Rare Diseases and Disorders (FRRDD) is given in Table-1.

There are numerous challenges that pertaining to rare diseases. These are as follows:

Orphan drugs are those that are used for the treatment of an orphan disease. Apart from disease rarity, other concepts also underlie the designation of a drug as orphan. Certain drugs are assigned as orphan based upon their feasibility and financial profits. Illustrating this, few vaccines and drugs which are employed to manage tropical diseases are categorized as orphan drugs. This is attributed to the fact that financial benefits to the drug developers is minimal. The population suffering from these diseases is often incapable to bear their cost and thus they must be provided at a subsidized rate thereby, giving minimal financial benefits to drug developers.

In addition, the drug is also categorized as orphan if it might have earlier been withdrawn from the market and later revives back afresh with recognition of its role in treating some other affliction. For instance, thalidomide, which was once withdrawn from market due to the landmark tragedy in mid-1960s has revived back in recent years is an orphan drug to treat lupus erythematosus.

The recent paradigm shift in market trends and profitability in research and development of orphan drugs and related regulation shall be discussed in our upcoming blog.

Turacoz Healthcare Solutions understands its responsibility towards society and this blog is an initiative to draw attention of healthcare providers and pharmaceutical companies towards the unaddressed needs of patients with rare diseases.