Challenges in Rare Disease Research: The Role of Advocacy Organizations in Overcoming these Challenges

You are here:
March 5, 2018Disease and treatmentBy Anupam Sharma 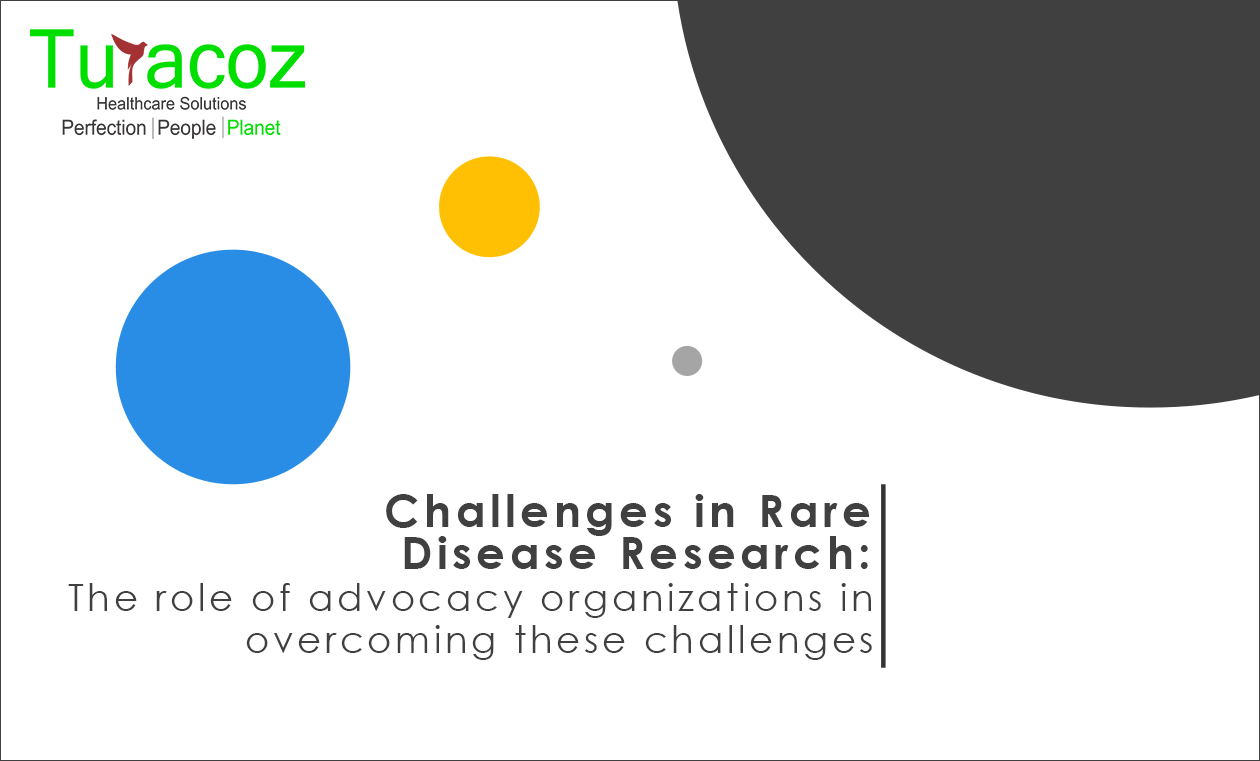 What is a Rare Disease

Rare disease refers to a condition that affects fewer people. The World Health Organization (W.H.O) has defined a rare disease as one with frequency less than 6.5-10 per 10,000 people. Challenges in Rare Diseases Research

Unlike the common disease, research in rare diseases encounters several challenges. They are:

It is important to overcome these challenges to develop treatment for rare diseases and provide the affected patients a better quality of life. A boost in the research of rare disease has occurred in last two decades, the credit for this can partly be given to the patient advocacy groups.

Patients advocacy groups (PAGs) refer to the organizations, mostly non-profit, that are often concerned with one specific group of disorders. The history of the development of PAGs for specific disease dates to mid-1930s. Initially, the PAGs role was to provide emotional and social support to the affected patients; however, later they also started initiating and conducting research. As per the estimates, there are more than 1200 patient organizations in the U.S. alone that advocate patients with one or more rare diseases.

PAGs help patients with rare diseases in various ways as listed below:

A single organization is usually involved in one (or may be 2 to 3) of the above activity. The table below enlists some rare disease organizations that initiated research either with staff scientists of the advocacy groups or in partnerships with scientists from academic institutions or industry (Table 1).

Table 1: Advocacy Organizations and Their Achievements

The Rare Diseases Clinical Research Network (RDCRN) group was formed in 2003 by the Office of Rare Diseases Research (ORDR) National Center for Advancing Translational Sciences (NCATS).in collaboration with six other Institutes and Centers (ICs). It funded 10 Rare Diseases Clinical Research Consortia (RDCRC) and a single Data Management and Coordinating Center (DMCC) for the whole Network. Following its expansion in 2014, RDCRN collaborated with ten Institutes and Centers of the National Institute of Health and include 22 consortia and one DMCC. It was announced that these consortiums will collaborate with 98 PAGs as research partners. A recent study by Merkel et al (2016) outlines the roles patients and PAGs play in the RDCRN and reports on the PAGs’ impact on the Network’s success. The activities of PAGs are presented in Figure 1.