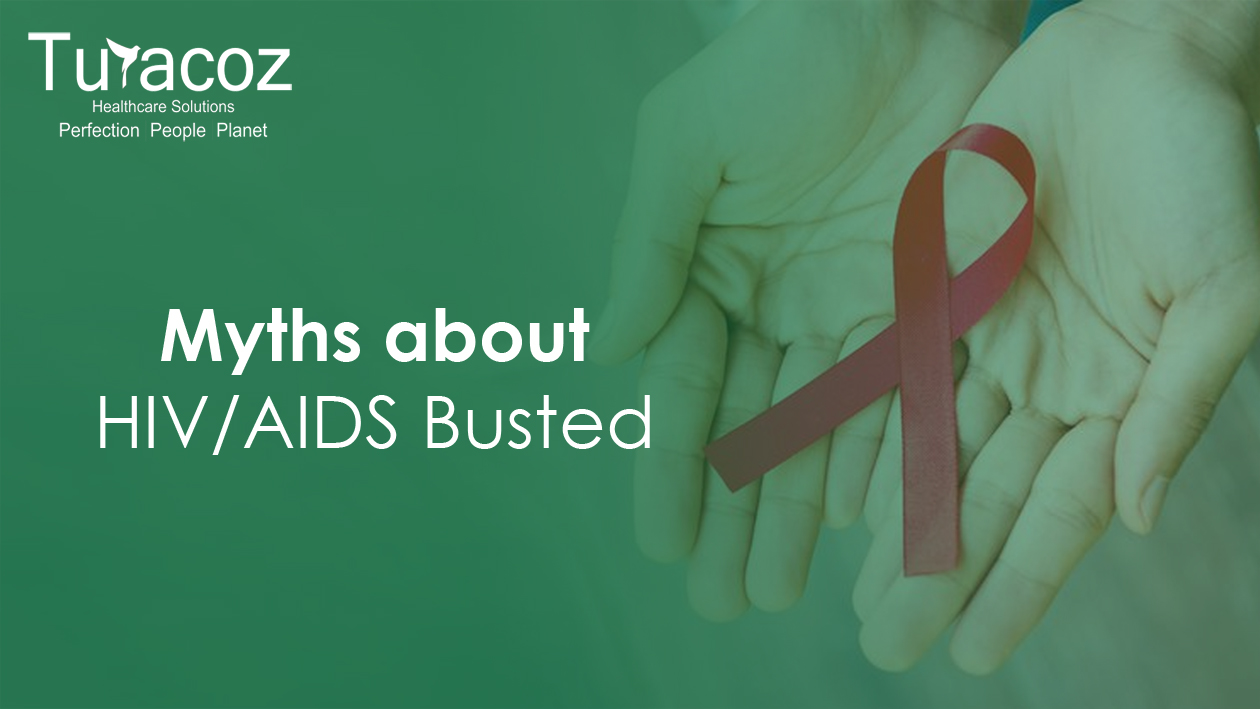 Ever since HIV/AIDS is discovered, there have been lots of rumors surrounding it. This article aims at busting those myths and presenting the fact.

HIV-Human Immunodeficiency Virus attacks the immune system of human body and makes a person weaker and increases his disability to fight against diseases. This is caused by having unprotected sex with a HIV positive person and using shared needles/syringes for injecting drugs.

There are various myths about HIV. Let’s have a look at them and then get aware of the reality:

Fact: One cannot get HIV from any mosquito or insect bites. Mosquitoes never inject blood in your body, not does any other insect.

Fact: HIV does not mean that your life is over. When it came into knowledge, there were any deaths due to it because there was nothing that we knew about this disease. But today, a lot is known about it. Though there is no fix cure for this, but still, there are certain treatments and therapies that help control the damage HIV does to your body. If one follows proper therapy and takes daily doses, one can live a normal, healthy and long life.

Fact: It is very important to understand that how HIV spreads, what are the risk factors and the preventative measures. By using quality condoms, you can lower down the risk of transmission of this virus. Practicing safe sex is the key to stay away from getting infected with this virus.

Fact: This can only be possible in the case where no proper measures are taken to prevent the baby from the virus. A HIV positive woman can prevent her baby from getting infected by taking proper treatments at the right time. There are some treatments available that ensure safer deliver of child and keep him/her virus-free.

Fact: PrEP (HIV pre-exposure prophylaxis) is a technique through which the use of a regular antiretroviral pills can lower down the risk of getting infected by HIV by as much as 92%. But this does not state that the condoms should not be used at all. It is always good to stay on the safer side.

Fact: It is true to a certain extent that a person who has suppressed his viruses completely such that they become undetectable, is less likely to transmit the virus. But this doesn’t ensure that there aren’t any factors that can increase or reduce the risk individually.

Fact: There are numerous researches going on and a lot has been understood on this disease. Advances are being made but we are not yet close to disclosing the cure for it. Till date, this disease has no permanent cure and only certain drugs are available which can help control the damage.

Fact: Though men involved in homosexual sex are more likely to develop HIV, heterosexual contact can also get you affected. Around 3 in 4 women and 1 out of 6 men have this situation.

Fact: It is not necessary that you will not be able to have children if HIV positive. There are certain ways and treatments that can help you conceive. Though HIV is a sexually transmitted disease, there are various options you can consider for conceiving, depending on which partner is HIV positive.

Turacoz Healthcare Solutions aims at spreading awareness regarding HIV/AIDS and debunk any myths or misconceptions surrounding it and make people understand the reality.

Turacoz is a medical communication company and provide services like medical writing, regulatory writing, publication writing,  pharmacovigilance, etc. So, being related to pharma industry, we believe in raising awareness among masses for certain diseases and help them in knowing the truth.

To avail our services or for any query or help, you can contact us at:

Related posts
Working from home in pandemic: How yoga can be your best friend in this time?
June 20, 2020
Blood Donation: Significance
January 7, 2020
HIV Awareness
December 12, 2019
World Diabetes Day | 2019 Awareness
November 13, 2019
Osteoporosis: Overview and Recent Advances in its Management
May 29, 2019
It’s about the Blue Circle: Diabetes, its types and challenges
November 1, 2018
Newsletter
Categories