You are here:
May 31, 2018Awareness Day/Month, Cancer, Disease and treatmentBy Parveen Ruhil 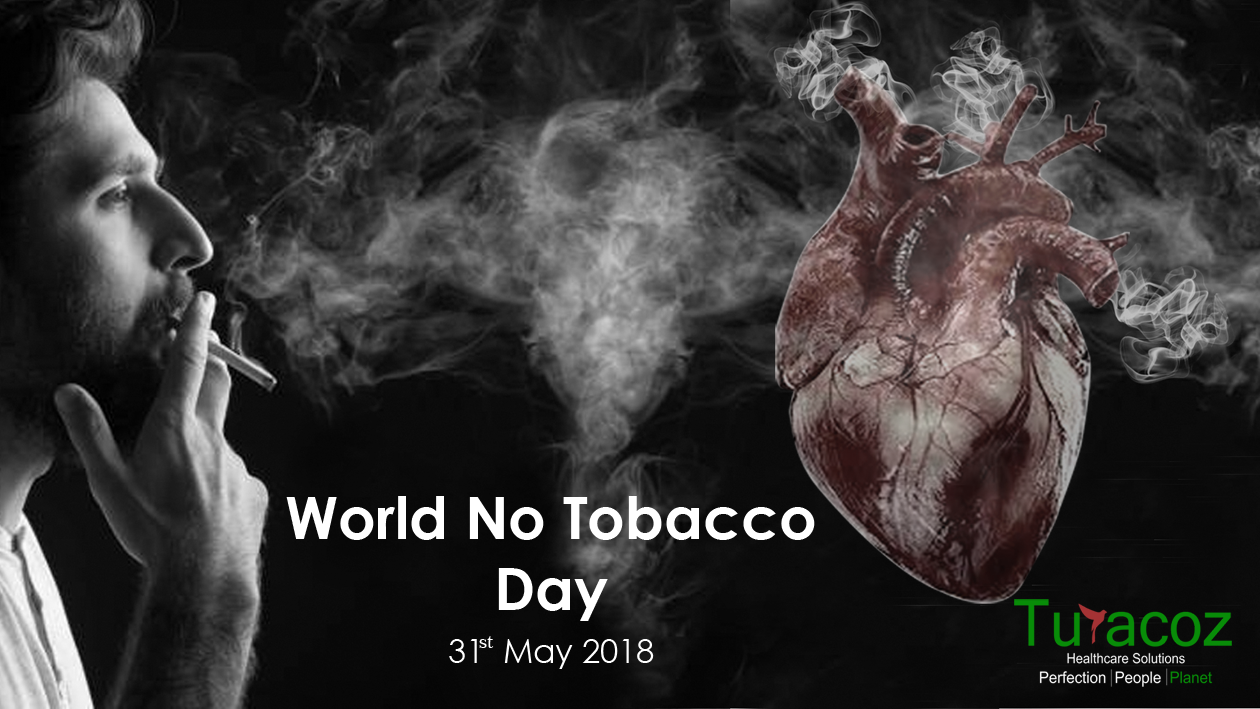 World No Tobacco Day (WNTD) is celebrated every year on 31st May, since its beginning in 1988. The main aim to mark this day is to encourage a 24-hour period of abstinence from all forms of tobacco consumption around the world. It also aims to spread awareness about the widespread prevalence of tobacco use and the health risks associated with tobacco consumption. The resolution to celebrate 31 May as WNTD was passed by the World Health Assembly (WHA) in 1998 (WHA40.38). The World Health Organization (WHO) has continuously supported WNTD, every year for this campaign and decides on a theme for the day to create a more unified global message. The global theme for WNTD 2018 is – “Tobacco and Heart disease”. The theme focuses on the association between tobacco consumption and cardiovascular health and aims to inculcate the sense of refraining from tobacco use among general people.

Tobacco contains nicotine, a drug classified as potent parasympathomimetic stimulant. Nicotine is a poisonous alkaloid of the plant genus Nicotiana (family Solanaceae). The WHO declared tobacco as the world’s single greatest preventable cause of death in 2008.

Turacoz healthcare solutions, aims to increase awareness about the negative health impact of tobacco consumption and motivate them to refrain from the use of tobacco products. We must all join hands and raise our voice against both active and passive smoking so that a brighter and healthier future can be ensured for our younger generation and our Nation. Turacoz is a medical communications company, which offers services to healthcare professionals in clinical research, regulatory writing, publication writing, medico-marketing writing, and support for conducting medical advisory board meetings.